Brain Estrogen Imaging in Women at Risk for Alzheimer’s

The mission for this project is to investigate whether the perimenopause to menopause transition, a neuroendocrine transition state specific to the female, drives Alzheimer’s disease (AD) endophenotype in women, thereby playing a determinant role in the well-established increased prevalence of AD in women. As late-onset AD accounts for the greatest incidence and prevalence of the disease, determining sex-specific molecular mechanisms relevant to AD onset and progression has the potential for greatest impact. Further, examination of early stage transitions of risk has the greatest potential for identification of therapeutic targets to change the trajectory of the disease to prevent, delay and potentially reverse course of developing AD.

Translational studies point to the decline in brain 17beta-estradiol as a female-specific trigger for AD. The goal of this study is to examine 16α-[18F]fluoro-17β-estradiol (FES), a selective estrogen receptor (ER) ligand with binding affinity equal to 80% of that of estradiol, for assessment of brain ER activity in humans. Our goals are to leverage our active grants to perform FES-PET in 50 clinically and cognitively normal female participants, aged 40-65 years at different endocrine transition stages. Brain ER status in these groups will be compared to brain biomarkers of AD, e.g. Aβ deposition of PiB-PET, glucose metabolism on FDG-PET, and atrophy on MRI, as well as cognitive performance.

Outcomes of our analyses will elucidate molecular mechanisms that emerge in midlife and that increase risk of developing AD later in life. Collectively, these data will provide therapeutic targets for sex-based precision medicine interventions during the prodromal phase of late-onset AD, when the potential to reverse, prevent and delay AD progression is greatest.

Detailed eligibility will be reviewed when you contact the study team. 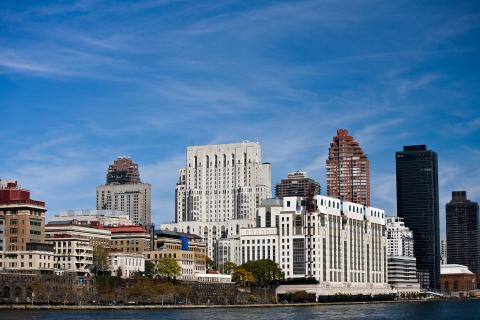